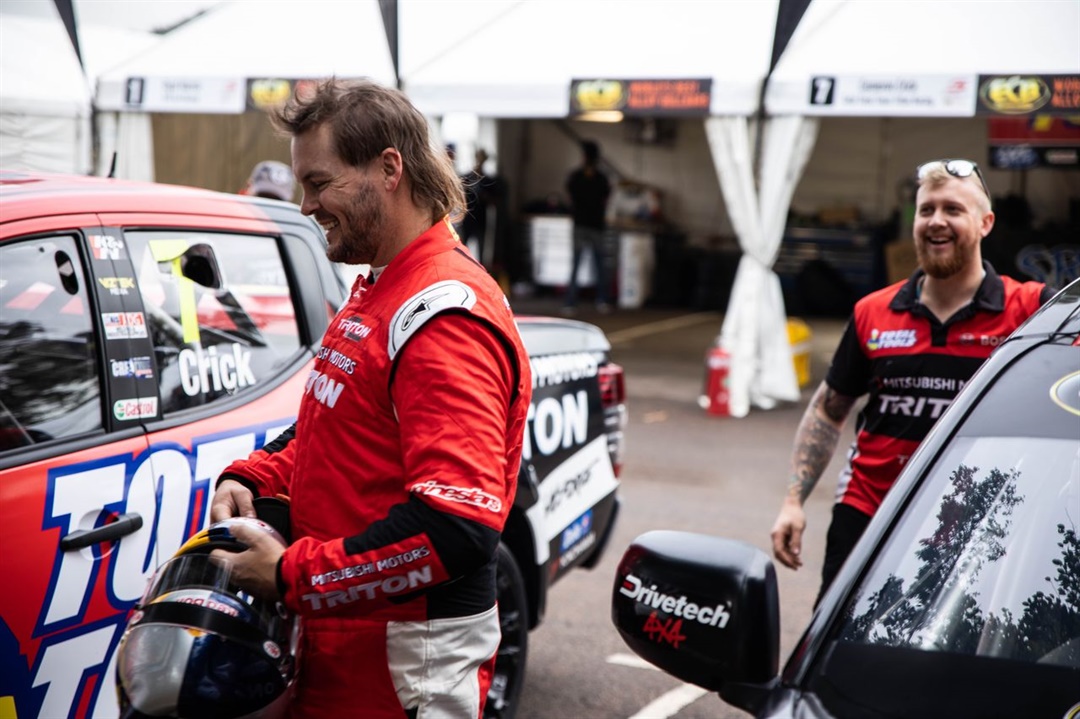 In what has turned out to be a dominant season for Crick so far, he took out first and fourth place in the first two rounds, with a second win allowing him to take the overall pole position at the Watpac Townsville 400.

Finishing ahead of defending champion Ryal Harris, who took second for the race and round, it was another big win under the belt for the Team Triton driver.

“Ryal was applying the pressure to me early, but I hit my marks and was able to build a gap,” Crick said

I feel like we’re genuinely in title contention now

The win continues Crick's outstanding form, after his maiden race and pole position grab at Winton in the previous round. With the weekend's results, Crick now moves to third in the championship.

Two-time Dakar Rally Winner and Triton ambassador, Toby Price, finished third for both the race and round, after taking finishes of second and third in the opening two races.

"It’s been a very good couple of rounds for us, and we’ve worked our way into a good championship position.

"I'm really happy to end with another podium finish, Townsville is a fun track and it’s been a great weekend for Team Triton," Price said.

Over all it was Team Triton domination with a front row, lock in qualifying following both Crick and Price leading the practice sessions.

The fifth round of the ECB SuperUtes Series will take place on July 26-28, as part of the Century Batteries Ipswich SuperSprint.